So the trailer for the Facebook movie, "The Social Network," looks a bit hokey - to put it mildly. However, look on the bright side...Justin Timberlake is in it. He plays Napster co-founder, Sean Parker. 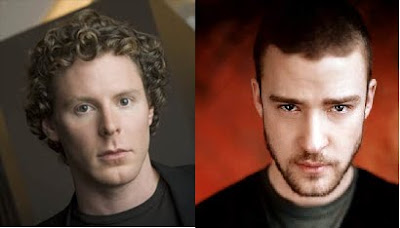 I know what you're thinking - the resemblance is uncanny!


"The Social Network" will be released in theaters worldwide by Columbia Pictures in October 2010.
Posted by Kim Hong at 11:49 PM