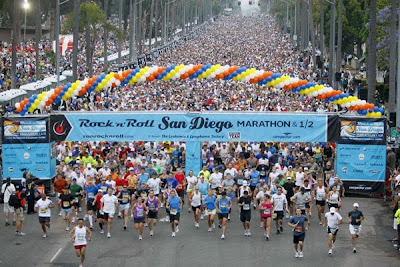 The 13th Annual Rock 'n' Roll San Diego Marathon took place last Sunday, June 6, 2010. Temperatures reached the low 80s during the race, which is much warmer than usual for this time of year. Of course, I neglected to drench my body with sunblock and as a result, I now have a perfect tan line of my sports bra and jogging shorts! Très sexy oui?!

Evidently the heat didn't stand in the way of Kenyan Richard Limo winning the men's elite race, completing the marathon with a time of 2:09:58. Russian Yulia Gromova won the women's race, finishing in 2:27:42.

A brand new course was introduced at the Rock 'n' Roll San Diego Marathon this year.  The course started at Balboa Park and went through downtown San Diego, the Padres' Stadium, Mission Valley and Fiesta Island before finishing in Sea World Park. The race benefited the Leukemia and Lymphoma Society to support blood cancer research.

Now here's my only beef with this year's course. The course was supposed to showcase America's Finest City, but it certainly did not do San Diego any justice. It would have been nice if the course included Old Town, Seaport Village and Harbor Drive. Most runners would probably agree with me when I say that the worst part of the course was Fiesta Island. The last six miles were treaturous! Of the entire course, this was where runners needed the most motivation and it was DESERTED and MONOTONOUS. 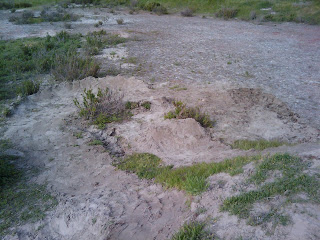 The image above is pretty much the view we had for the final six miles on Fiesta Island. 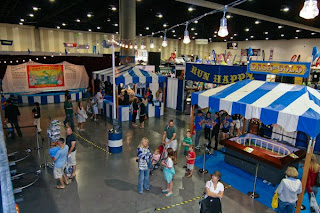 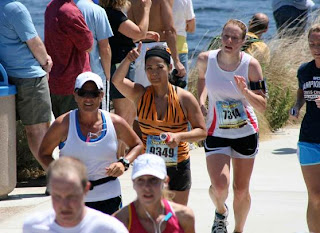 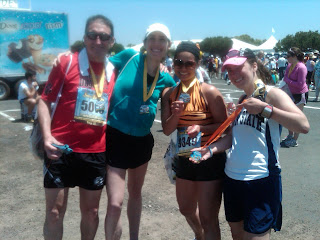 I reunited with my former New York running crew, Irwin and Katie, after the race and quickly headed for beers to commemorate the victory. Go Rez Dogs and Harriers!!!


I managed to complete the full marathon in 4:46, which I'm certainly pleased with considering my lack of training. Unfortunately, the pain during and after the race was excruciating - lesson learned. Next time I'll be better prepared. Wait...did I say next time? 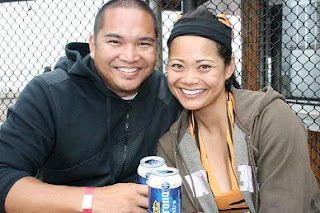 Special thanks to Chris for standing patiently under the hot sun and taking photos at the finish line. We hobbled all the way back to the parking lot at snail speed and celebrated at The Wave House.
Posted by Kim Hong at 10:32 AM