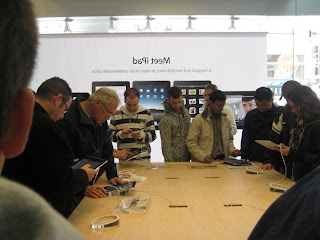 I just happened to be at the Apple store in Union Square (San Francisco) when the iPad released in stores two days ago. By the looks of things, everyone seemed to be fiddling around with the iPad trying to figure out if it's worth shelling out $500 for a ginormous iPhone! Here is a comparison chart put together by Engadget: 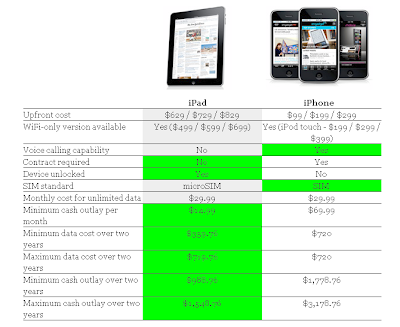 Impressed? I'm not convinced that it would replace my laptop, kindle and iPod! Maybe the guys at ThinkGeek.com were on to something when they came up with this April Fool's Joke... 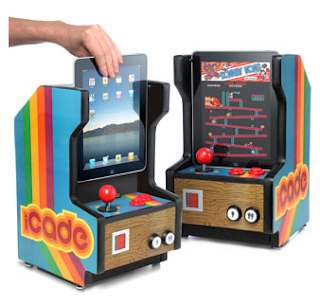 My friend came up with the idea to attach it to his car's dashboard to act as a GPS system, music player, laptop, and TV screen. Do you think this is a good idea? Or is it just crazy? Or does it have driving violation written all over it? I imagine it would look something like this :) 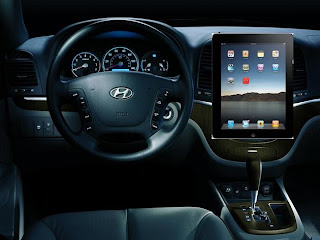