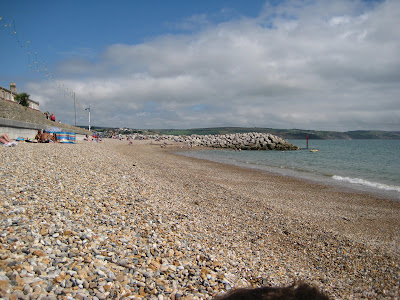 Taking advantage of South West Train's midsummer promotion, Nick and I ventured out to Weymouth, the perfect weekend destination for families and couples seeking a quaint seaside getaway not too overly crowded with tourists, e.g. Bournemouth's Dorset Beach (pictured below) 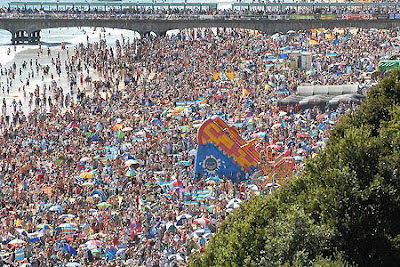 Note: People are pictured in the photo (above) NOT pebbles!

Bournemouth supremacy: Wave upon wave of visitors pack on to the Dorset beach,
creating an image that could be used to make the world’s trickiest jigsaw puzzle.

- Photo and caption courtesy of Metro.co.uk

As summer nears its end, I was desperate to bury my feet under a sandy beach whilst soaking in the warmth from the sun and breathing in some fresh ocean air!

Aside from fish and chips sold at every corner, my only disappointment was the lack of seafood dishes. We searched far and wide visiting several establishments in Weymouth for restaurants that had mussels on the menu. We finally came across a rinky dink pub on Westwey Road that had mussels and frites on the menu, but as expected the quality was poor and the service was rubbish. 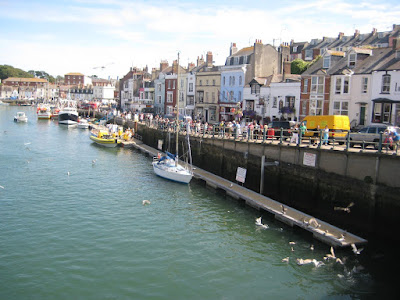 Westwey Road - the pub that sold mussels and frites is located onthis road, across Westham Bridge.

Our big night out in Weymouth consisted of basketball and air hockey at the arcade, a couple of drinks (happy hour special - any drink for £2.50 - proceed with caution!) at Dolce Vita, five games of pool at The Rendezvous, two games of Jenga, and to top it all off, we ended up groovin' on the dance floor before calling it a night! Not bad for a small seaside town eh? 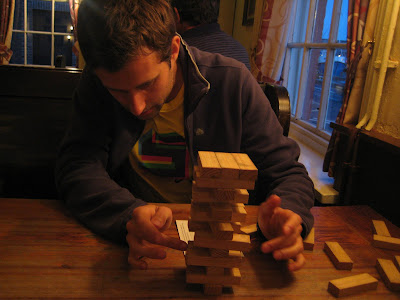 I'm proud to report that I was victorious in Jenga, air hockey and basketball,
but won only one game of pool due to default. Nick prematurely shot the eight ball into a pocket. 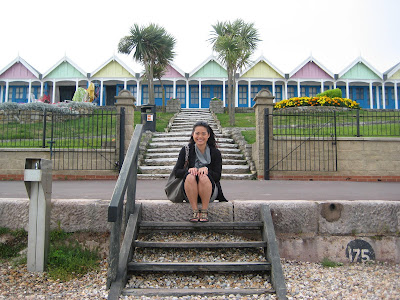 Before leaving Weymouth, we stopped at a souvenir shop and bought a rock, which is a type of hard stick-shaped (cylindrical) sugar confectionary commonly sold at seaside towns in the UK. Can't say we have anything like this in my hometown - San Diego, CA. You can read everything you ever wanted to know about seaside rock here. Caution, may contain too much excitement for one person.

My only regret was not making enough time to visit Chesil Beach or Hamm Beach, which are located at the centre of the Jurassic Coast, a UNESCO designated World Heritage Site.

I guess that just means I have to plan another trip back to Weymouth...not a bad idea indeed!