Skyride: Cycling in Hounslow on a Beautiful Sunday 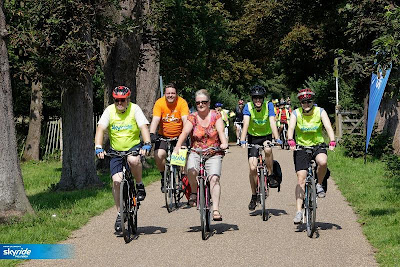 I couldn't have imagined a more perfect day for a 10K bike ride in Hounslow - clear blue skies, support from local residents and businesses, and the sun stayed with us throughout the entire day!

My last experience with a bike at Richmond Park left me with scrapes and bruises, but I decided to suck it up and give cycling another go! Not being too keen on cycling in the streets, the Mayor of London's Skyride Hounslow route was perfect for cyclists intimidated by busy streets (like myself) because the 10K route was open and free from traffic from 11am to 4pm. It was the second in Skyride's series of five mass participation cycling events taking place this summer, following Skyride Manchester on 2 August and ahead of the central London event on Sunday 20 September, formerly known as the London Freewheel.

It was a nice and easy route, not too difficult except for one moderately steep hill on Wood Lane. I enjoyed the route so much, I did it three times! (And then enjoyed a Kit-Kat chocolate bar of course) 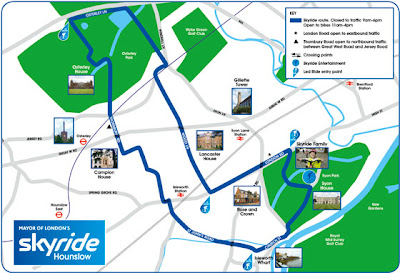 Highlights of the route included: 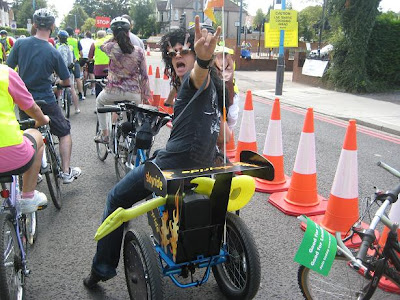 This Skyrider (above) motivated cyclists for hours on out! He somehow managed to maintain the same level of energy throughout the day --- believe me, he was quite the entertainer! 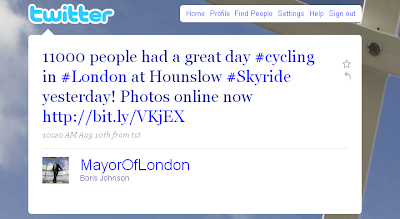 Check it out! Even the Mayor of London is on Twitter!
Posted by Kim Hong at 2:51 PM