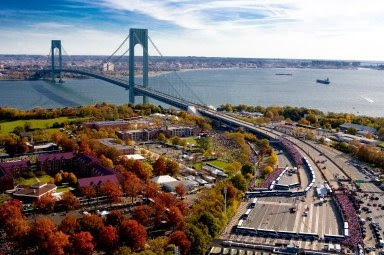 I didn't really think I'd actually get to participate in this year's ING New York City Marathon since I didn't meet any of the qualifications (below), leaving the lottery as my only chance to participate.

To be honest, I've never been a HUGE fan of running. In fact, I've always used my moderate case of flat feet as an excuse to avoid the treadmills at the gym.

(Un)fortunately for me, I met two fascinating women, Molly and Katie, during a Christmas party in '07 who were both so Gung-ho about running that they spent the entire evening convincing me to join their running group, The Reservoir Dogs. A month later, I decided to suck it up and join the group and willingly entered the lottery for a chance to run 26.2 miles. Was I truly mad? Not really. I figured my chances of winning a random drawing were pretty much zero to none.

Looks like I was WRONG! On June 5th, I received text messages from my running mates congratulating me on winning the lottery. I knew I was supposed to be ecstatic, but I think I was more terrified at that moment. Five months to get myself in shape to run through the five boroughs of New York City!!!

On November 2nd, the day had finally come. It was unbelievably cold on Staten Island. The runners huddled in circles with chattering teeth and bodies stiff as a board from the cold winds. 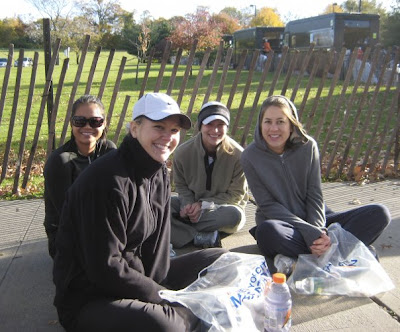 For me, the most sensational experience wasn't finishing the race at the end, but the overwhelming positive feeling I got after hearing the cheers and applaud from millions of New Yorkers who came out to motivate and support the runners that day. As we all know, New York isn't known for having the friendliest people, but marathon Sunday is definitely the exception.

As I approached the Queensborough Bridge, all I could hear were the sounds of footsteps from runners passing me. My pace was at its slowest, my body and mind were filled with exhaustion. No more crowds - no more cheers. Just me and the other runners struggling to get across this bridge. Just when I wanted to stop and start walking, there they were again. I could hear the cheers from half a mile away, which ignited something in me to continue at full speed! It was a magical moment - this is when my I got my second wind. I ran down First Ave like I was running over water. 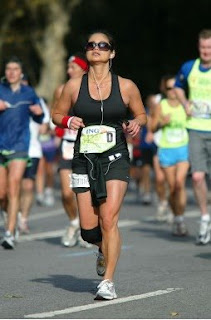 I guess what I'm trying to say is that I couldn't have done it without the support of my friends, colleagues, running team, and the people of New York. And of course, a special thanks to the man who dragged himself out of bed when it was still dark out on a SUNDAY to see me off at the Staten Island ferry, and followed me throughout the entire course from start to finish. Thanks for being a trooper Nicholas!!! XOXO